Who Must Enroll In An Alcohol Program

If you are convicted of driving under the influence of alcohol (DUI) or reckless driving with alcohol in your system (wet reckless), then both the court and the DMV will require you to complete a mandatory state licensed alcohol program pursuant to §11836 of the Health and Safety Code. This program must be completed before your full driving privileges can be restored. Your Newport Beach DUI lawyer can help you enroll in the right program, at the right time.

The length of the alcohol program will depend on what you were convicted of, what your blood-alcohol level was, Cost Of The Alcohol Program

The alcohol programs are administered by private contractors and you must bear the cost of the program. The typical costs for each program are listed below.

When To Enroll In The Alcohol Program

You will be required to enroll in a program within three weeks of being sentenced in a court for DUI or wet reckless. However, in Orange County, the DMV usually issues a suspension order long before your case ever goes to court. If your license is suspended because you lost the DMV hearing or failed to request a DMV hearing and your case still hasn’t gone to court, then your Newport Beach DUI lawyer should help you to enroll in a DUI alcohol program early on a “volunteer” basis so that the DMV will issue you a restricted license. A restricted license allows you to drive to the alcohol program, to school, and any work-related driving. It’s important to coordinate with your Newport Beach DUI attorney to correctly time your enrollment in the alcohol program.

Proof Of Enrollment And Completion

Once the court orders you to enroll in an alcohol program, the judge will order you to show “proof of enrollment” in Enrollment in and completion of an alcohol program is a term of probation. This means that if you are dropped from the program for things like unauthorized absence, showing up under the influence of alcohol or drugs, or disruptive behavior, the program will notify the court and the court will issue a warrant for your arrest. Moreover, although your Newport Beach DUI lawyer can clear the warrant and get you re-enrolled in the program, being kicked out of the alcohol program means you will lose your restricted license until you complete the alcohol program.

Reinstatement In Alcohol Program Without A Restricted License

If you are dropped from a program for whatever reason, your Newport Beach DUI lawyer can request that you be reinstated. Although a judge will usually allow you to be reinstated, once you have been dropped from the program the DMV, by law, must take away your restricted license and suspend your driving privileges for the remainder of the program. So it is important that you follow all program rules carefully and not get dropped for any reason.

If your Newport Beach DUI lawyer can get the DUI charge reduced to a wet reckless, (California Vehicle Code §23103.5), then you will be ordered to attend the 6-week program known as SB1176. This program consists of one class per week. The class lasts for two hours. You will be allowed up to three excused absences but no more than two consecutive absences. If you are convicted of a wet reckless and have a prior wet reckless within 10 years, then you will be ordered to complete the nine-month program discussed below. The typical cost of this program is around $250.00.

If you are convicted of a first-offense DUI with no priors within 10-years, then you will be ordered to attend a three, six or nine-month program. The judge has some discretion on which program to require. Your blood-alcohol level plays an important part in which alcohol program will be ordered.

If your blood-alcohol was below a 0.15% and you were not involved in an accident, the judge will probably order you to complete the three-month program. This program, known as AB541, is a 30-hour program. You will attend 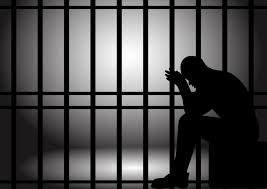 For a blood-alcohol higher than a 0.15% but lower than a 0.20%, most Orange County judges will order completion of the six-month program, also known as AB762. However, a  Newport Beach DUI attorney can sometimes persuade a judge to order the three month program instead. The judge has discretion to order this program for other reasons as well. For example; if there was an accident, if you were uncooperative with the police, or for any other factor in aggravation. The typical cost for this program is around $800.00 and you will be allowed 7 excused absences.

If your blood-alcohol was a 0.20% or higher the judge must order you to complete the nine-month program. Also, if you are convicted of a wet reckless and you have a prior Wet Reckless within 10 years, you will be ordered to complete this program. The nine-month program, also known as SB-38, is 60 hours in length. The average cost of the program is between $1,100.00 and $1,400.00. You will be allowed 7 excused absences.

One Or More Prior DUI Convictions(18-month Alcohol Program)

This program, also called SB-38 or the “multiple offender program”, has a 12-hour educational component, a 52-hour group counseling component, bi-weekly interviews for the first year, and a transition into self-help meetings. (Such as Alcohol Anonymous) The program costs around $1,600.00 and allows for up to 10 excused absences.

Orange County does not have this program. However, if you are convicted of DUI in Los Angeles County and you have two or more priors within the last 10 years, then you will be ordered to complete this program.

If you live in another state an Orange County judge will usually allow you to complete a comparable alcohol program in your own state. However, although completion of a similar program in your home state will satisfy the Orange County court requirement, it will not satisfy the DMV requirement. This is important because under the Interstate Compact your driver’s license in your home state will be affected be the DMV suspension in California.

Attorney EJ Stopyro offers a free and confidential telephonic consultation. EJ will explain the charges you face as well as the court and DMV process. If you would like to explore your options with a seasoned Newport Beach DUI lawyer call (949) 278-6353 today.